sk and administers a blistering spanking, during which she lectures her on her misconduct. First over her pissed drenched panties then on the bare. She smacks her cheeks to a blistered state. Miss pert and proper gets carried away with the spanking and her own horny state. Taking advantage of her subordinate's status, she forces the girls tongue to relieving her itching pussy. Lucy has had enough of her employer's attitude and reverses the roles in the middle of her boss's swooning. She gives her surprised executive a long and hard hand paddling in return. Her dominant attitude breaks down and she begs to be let off. Now both red assed girls compare their glowing backsides and contemplate a new found relationship. 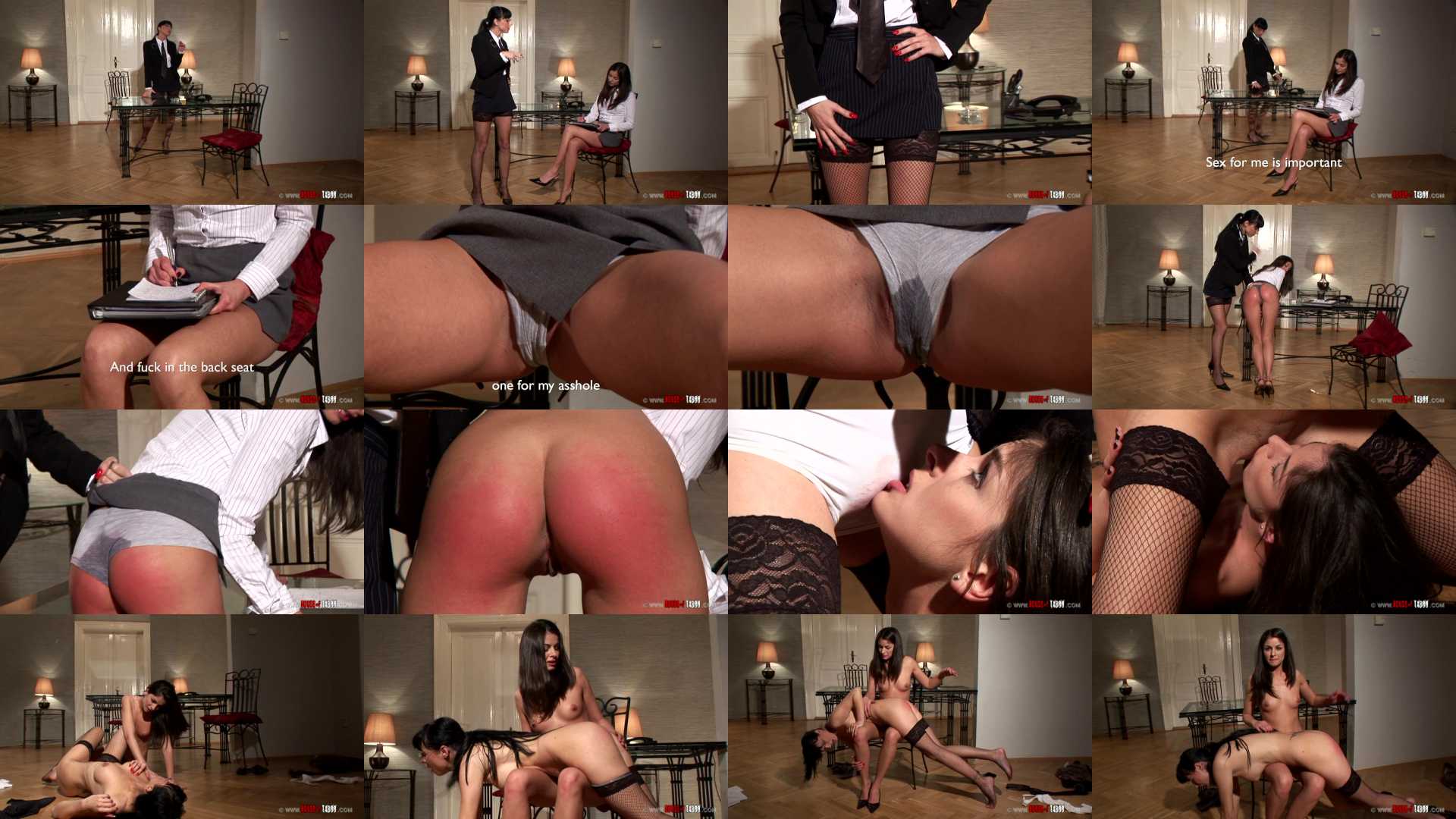