Caged For Their Pleasure!

House of Taboo presents: Today we explore the fantasies of women who like to be prisoners of masterful males...and the daydreams of men who are looking for such women! So welcome to 'Maledom Island,' where dominating men keep females in cages! Bare-chested Francky is one of the big shots on the isle, and when he's in the mood for some fun, he takes Jessyca Wilson out of her confinement. Francky likes to keep his slaves un... show more

certain about how they're going to be treated. The first thing he does is bare Jessyca's ass and spank it! Not that she's done anything wrong, but he just feels like doing that today. Holding her by the hair, he smacks her fanny relentlessly, kneeling her down on the top of the cage with her rear up in the air and totally accessible. Jessyca is grateful for the spontaneous discipline. She kisses Francky deeply afterward...and then it's time to suck his cock, because he's gotten aroused by all this activity. Kneeling on the cage, she blows him obediently while he regulates her movements by grasping her ponytail. She spits on his dick and laps up her own saliva...he loves to watch that! Then it's time to fuck this slave's pussy, so he sits her down on his jutting tool. It's so nice to have a female to use like this, Francky thinks...he's so glad he moved to Maledom Island! He smacks her ass as she rides his prick, just so she'll keep up the pace he requires for maximum pleasure. Jessyca loves the way he is controlling her and the entire situation. In fact, that's why she chose to come to Maledom Island for her VACATION...yes, she doesn't really live here, but is only visiting to be a caged slave for a week! She rides the masterful Francky's cock both front and reverse cowgirl, and then blows his dick some more. Her wrists strain at her bonds...then it's time to be taken in the ass! Oh how she has been waiting for this! His tool fills her butt as powerfully as it stuffed her mouth...and then it stuffs her mouth again, before being plunged back into her rear! Ah, the life of a caged slave on Maledom Island! As Jessyca takes his load upon her tongue and gets puts back into the cage, our girl thinks to herself that this is indeed the greatest vacation she's ever experienced!! 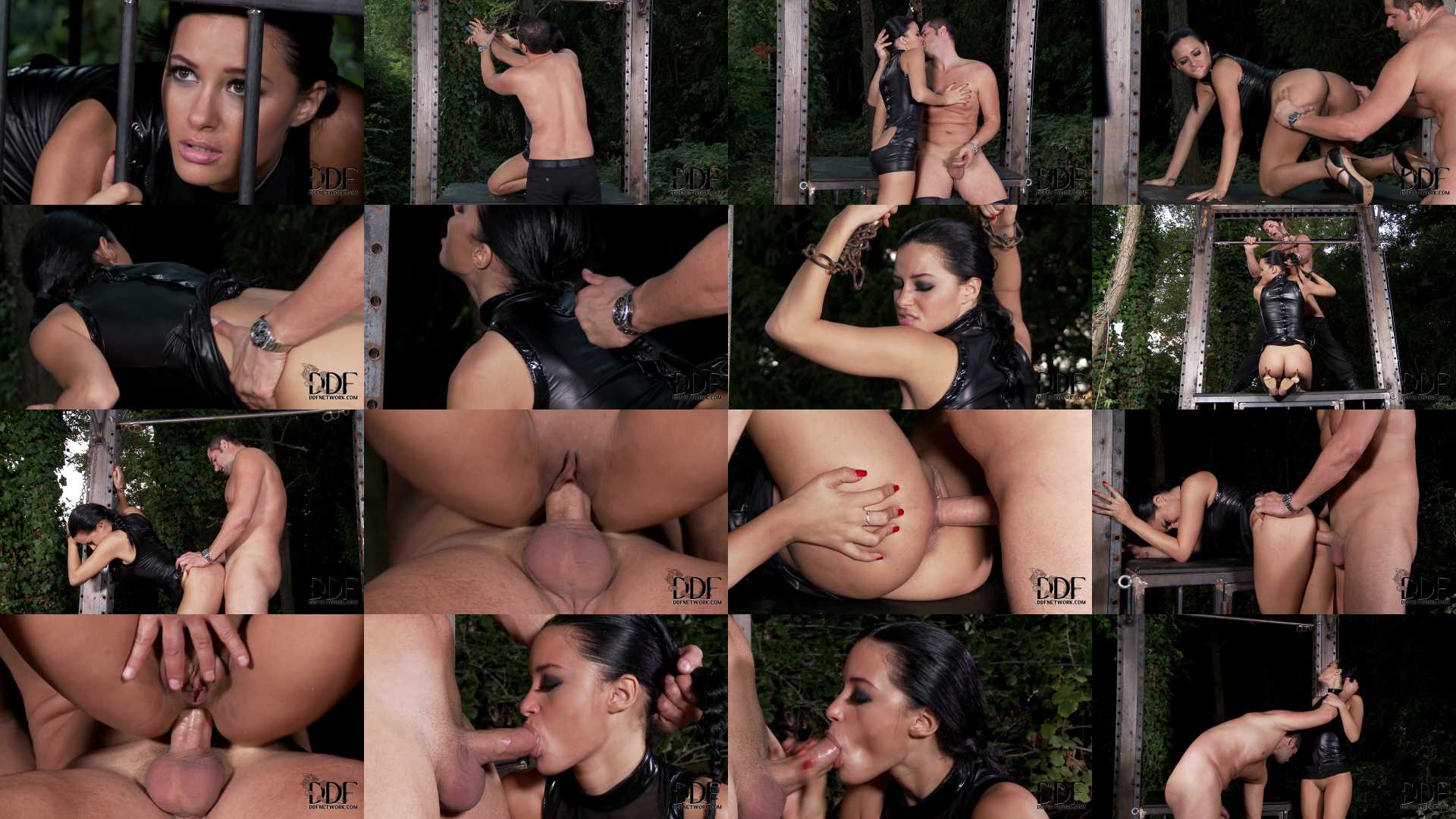