House of Taboo presents: Continuing to treat the unstable patient Mira Sunset with his bizarre therapies, Dr. David Perry keeps her in the straitjacket even as he administers vaginal penetration while her caring boyfriend Totti, who is assisting the doctor, feeds Mira his own meat. Note how lovingly Totti holds aside Mira's long tresses, so that they don't get in her mouth as she receives her oral 'injection.' Changing th... show more

eir places, because Dr. Perry believes the variety will stimulate her vagina and thus promote emotional growth, Totti shifts his prick to her pussy while Mira sucks the eminent physician. She just wants to be well enough so she doesn't have to wear a straitjacket anymore! Placed on top of Dr. Perry, she rides his penis even as he instructs her not to look into his charismatic eyes because that could be too unsettling to her fragile psychological state. Totti does her anus at the same time, because Dr. Perry believes the simultaneous dose of their dicks will cause a mental chain reaction that could only stimulate a breakthrough. Indeed, his hunch appears to be correct, as the healer allows the straitjacket to come off so that Mira can ride Dr. Perry's pork while Totti fills her vaginal tunnel. Things seem to be progressing; in fact, the elasticity of her rectum after penetration, known colloquially as the 'glorious gape,' shows that her body is recovering from the effects of her mental travails. However, Dr. Perry does not believe it's quite the time for her to go back into the world. There is still something listless in her gaze. Once she's bound, naked, to the wheelchair, he puts the final phase of his treatment into motion: a double blast of sperm into her mouth and face from both himself and Totti. Afterward, as he makes notes on his laptop, Mira seems to be responding in a new and more healthful way. Is her psyche coming back into awareness of the real world? It looks like it! Another triumph for the unorthodox methods of Dr. David Perry. 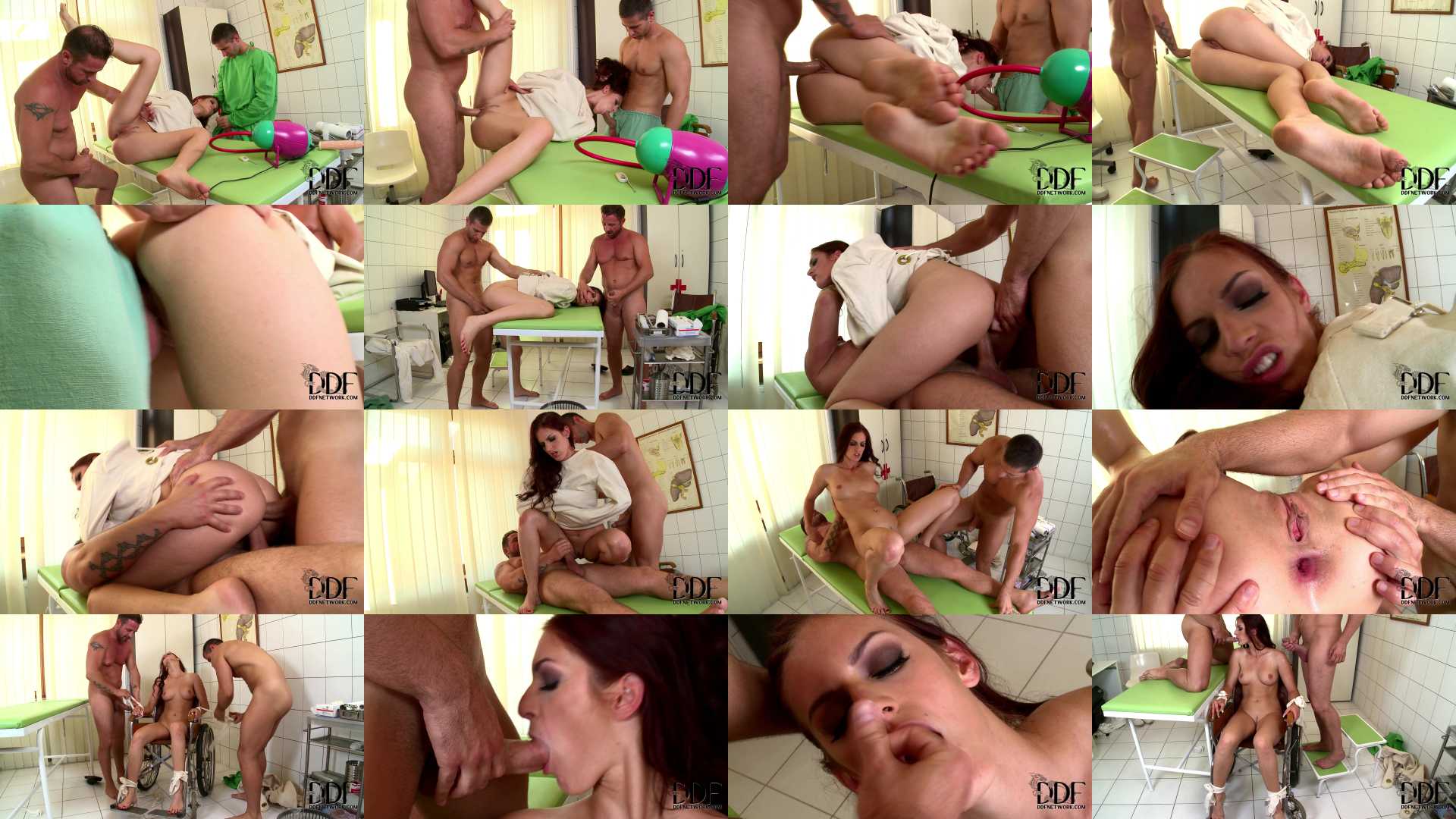