haved little twat before, so she camped out to catch her this time! Dressed in a long red latex coat she spies the horny little maid for awhile and then makes her move. Angel doesn't have a chance as she sneaks up and grabs her by the hair with one hand then dives in for a good pinch of her tender pussy lips. After a good scolding she ties a rope around her neck and humiliates her by dragging her around on all fours in the garden. Angel makes a pretty darn tasty pet, I wouldn't mind one of those of my own! By now Kety's intentions are clear as she has unbuttoned her red coat revealing her scrumptious tits and red panties. She ties her victim to a tree equipped with hooks and chains and there is no escape for the slave girl. Kety sinks her teeth into those mouthwatering B cups, and leaves some teeth marks on her nipples. Some pussy gaping ensues revealing a really nice clean shaved twat on Angel, but Kety is just warming her up for what she's about to stuff inside her. She pulls out a really long glass dildo that she crams in her mouth to moisten then precedes to stuff it deep in her cooch! Gives her a nice taste of her cream by once again cramming it down her throat, and then back down south again right into her butt hole! For a little extra satisfaction she ties the instrument of pain and pleasure to a rope around her neck and leaves it hanging out of her ass!! Talk about disciplinary action! 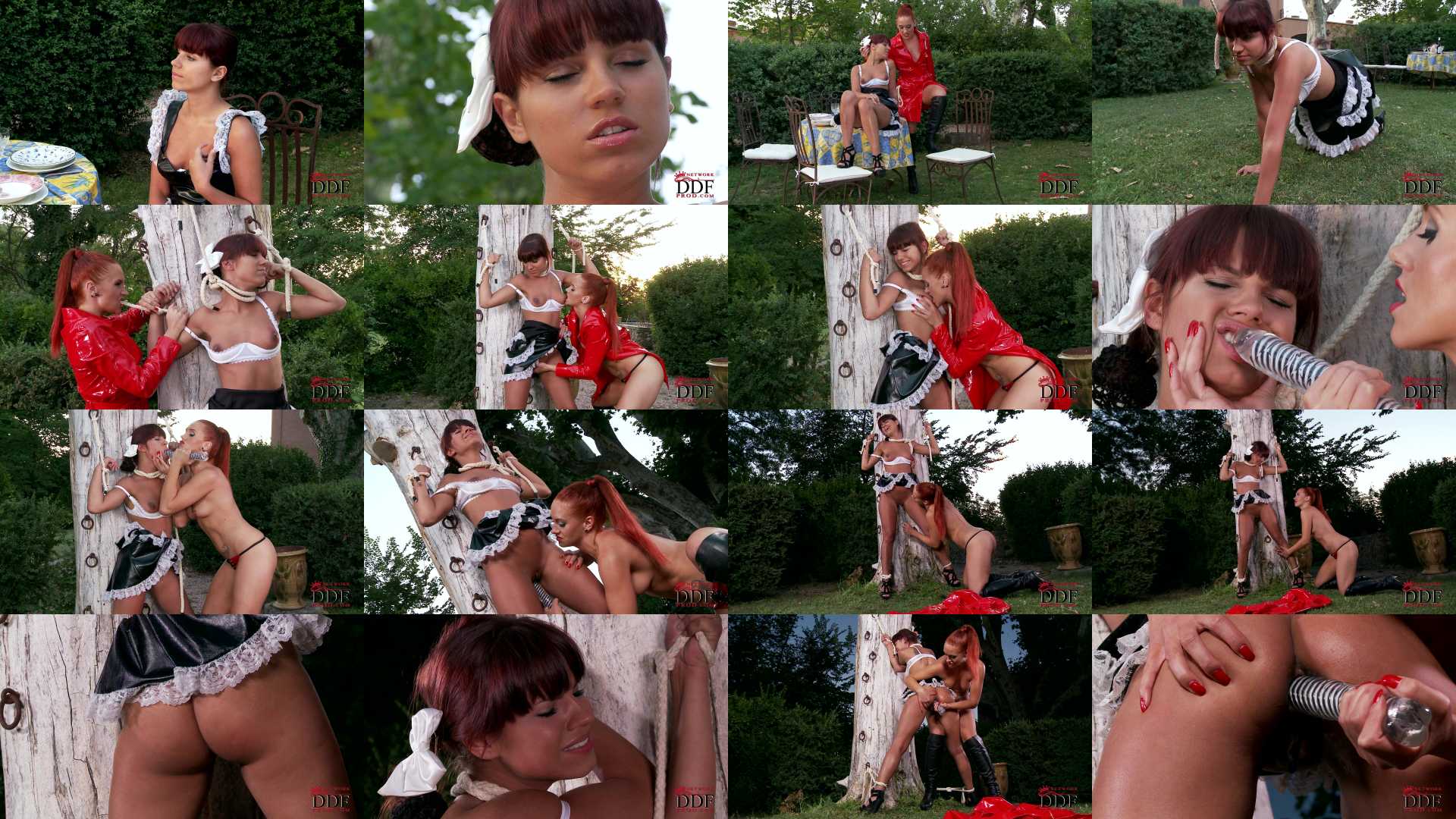