Hands on Hardcore presents: Peasant girl Jess West has fallen asleep in the barn when the owner of the farm, Kane Turna, happens upon her. He's in a good mood, having just completed a walk around his property, satisfied with the extent of his holdings. Munching on some meat, he prods the girl awake, and she is happy to see the lord of the manor because she has long had her sights set upon him. Soon enough he's sharing his fo... show more

This video has resolution 1920x1080 but reduced bitrate 2514 kbit/s and duration 02:00, uploaded February 22nd, 2014.
Full quality original 1920x1080 movie lasting 20:19 with bitrate 7691 kbit/s you'll find inside Hands on Hardcore members area.
Visit DDF Netwok for bunch of wonderful sites for lowest price, Hands on Hardcore is one of them. 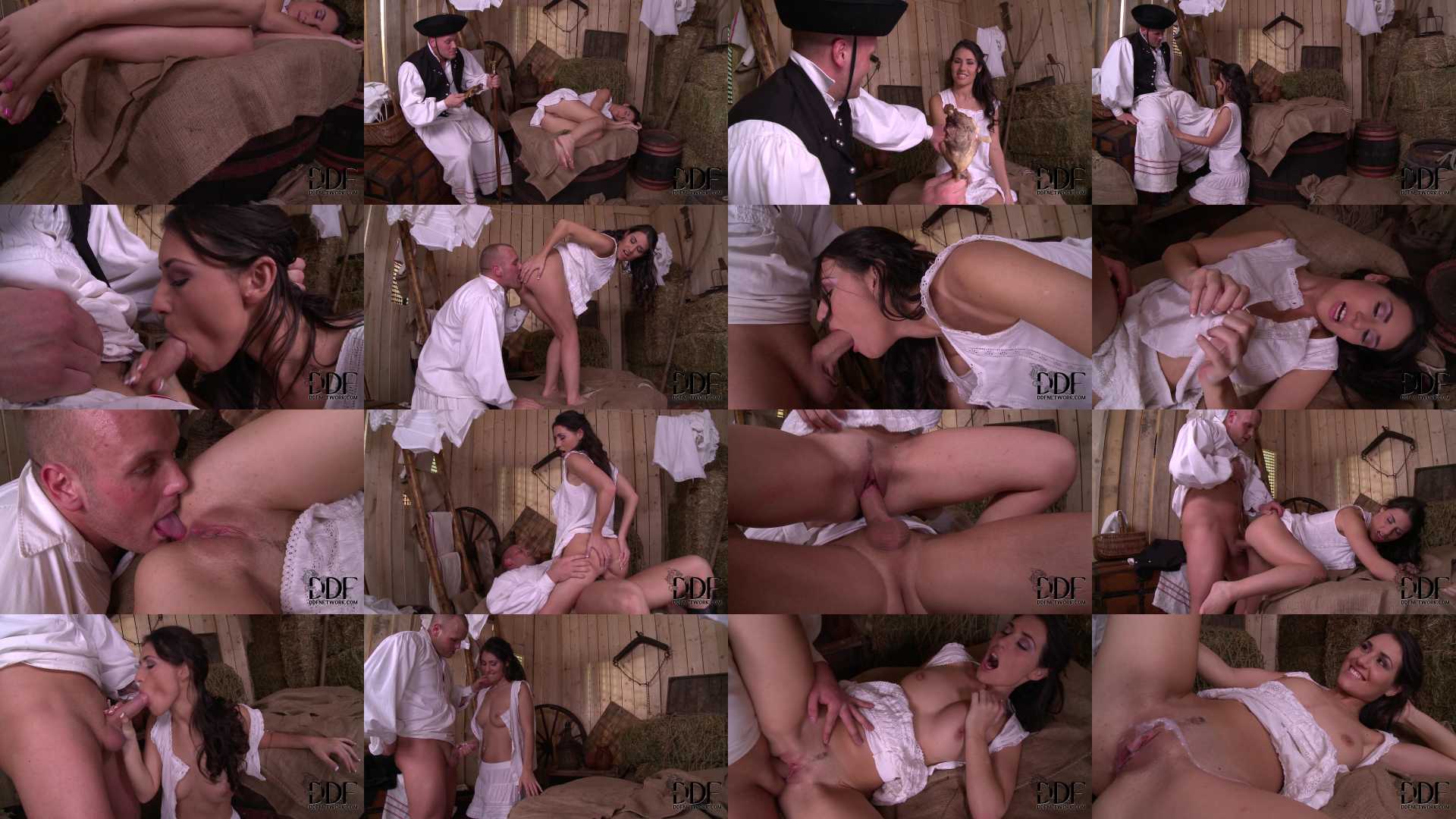