A feast of cleavage!

DDF Busty presents: I don't think it takes anything away from our models to mention that sometimes they resemble other celebrities. It just goes to show that the playing field of beauty has now been leveled between the mainstream world and hardcore pornography. You're as likely to see a world-class beauty on DDFBusty.com as you are at your local multiplex! And of course, on our site, the gal will be doing many more i... show more

nteresting things, like Shione Cooper does with Elli Jordan! Shione reminds me of the popular movie actress Christina Ricci--but with 36DD tits! After they snuggle their racks together in their lacy lingerie, our girls suck each other's nipples. There are some incredible shots where Shione lovingly cradles Elli's face in her cleavage. After rubbing their tits together in various positions, Elli oils and massages Shione's milkmakers. We get some huge closeups of Shione's breasts as they gleam with the sheen of the oil as Elli's hands knead and squeeze. Elli holds those breasts toward us almost as if she's inviting us in for a long soothing suck. Next Elli brings out a two-headed dildo which the girls cradle between their jugs. It's sexy the way they laugh as they balance the realistic double-dong between their cleavage. Later the dong connects them in a deeper way as they lay back on the bed. But my favorite shots of the set are scattered throughout, where the two girls are playfully posing together, clearly luxuriating in the softness and curviness of their young, gorgeous bodies. They look pleased to pose, and pleased that we're looking at them and getting off! 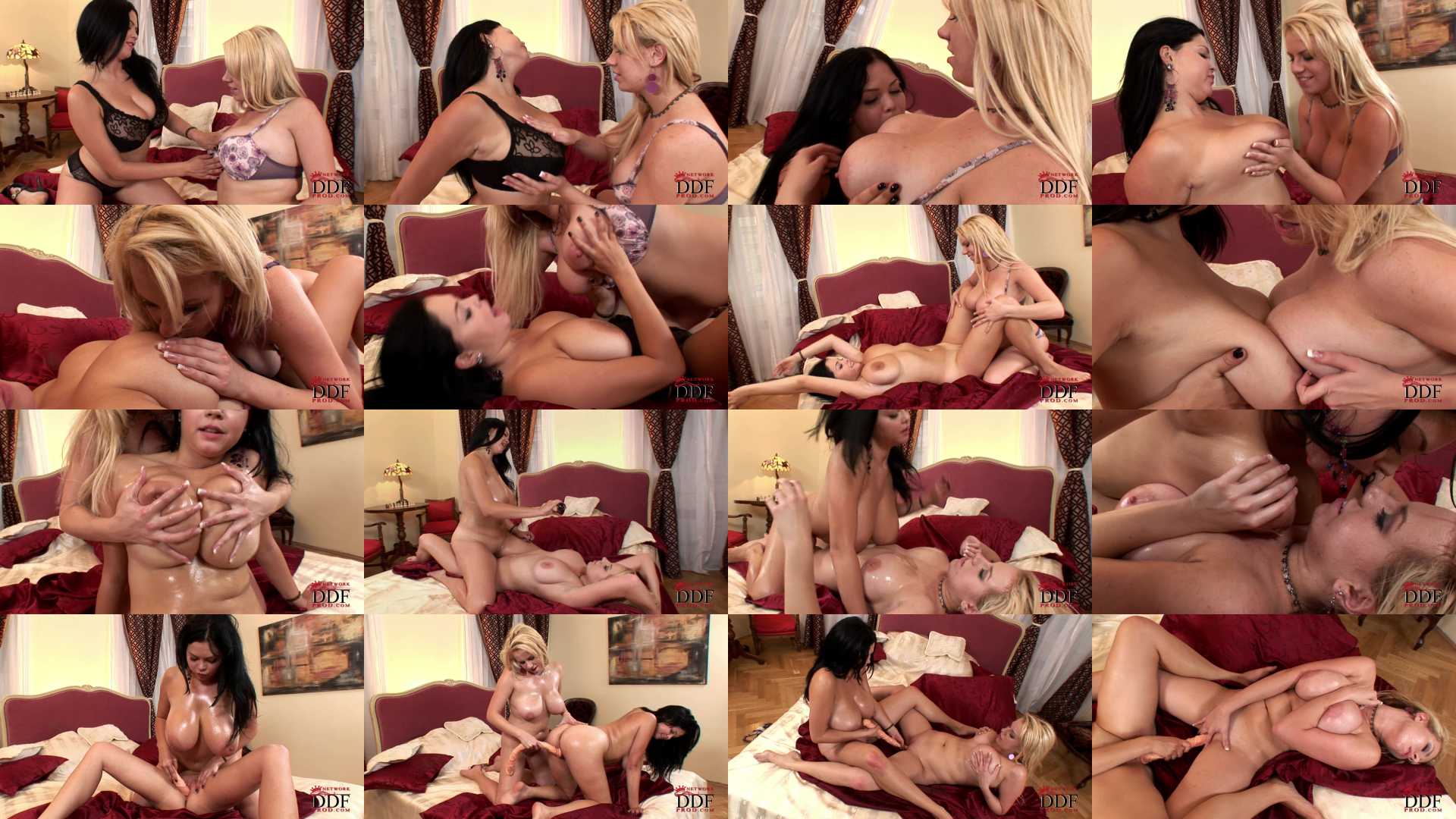