DDF Busty presents: Sultry Dominno pays our site another visit--her nineteenth appearance! This hot Czech is a veteran of every kind of shoot, from solo to boy-girl to girl-girl, and even did a single while she was pregnant, dressed in a short plaid skirt. Now she's sporting a new tattoo on her left arm of a motorcycle roaring out of flames, an image which adds to her 'bad girl' allure. Today Dominno is arrayed in re... show more

d bra and panties and sheer black thigh-highs and heels. She takes her tits out one at a time, leaning over us with look in her eye that seems to say, 'Wouldn't you like to suck these? Maybe you will...or maybe maybe you won't.' She lays on the bed and pulls aside her panty crotch with her strong red-manicured fingers. Dominno looks as if she'd just as soon curse us out as have us suck her nips, giving us narrow-eyed, cruel-mouthed poses where she shows off her tits but is clearly saying she's going to call ALL the shots. It's not surprising, then, that she takes out a white vibrator and pleasures herself, letting the toy stand in her cleavage or stick out of her slick cunny. Finally, after she gets a little satisfaction, Dominno smiles. But she can't keep that taunting, almost arrogant expression out of her eyes, as she leans over and gives us great views of her hanging hooters. Are we up to the challenge of this self-sufficient seductress? The pictorial finally ends with Dominno standing up and pressing herself against a wall while throwing us more dangerous looks. 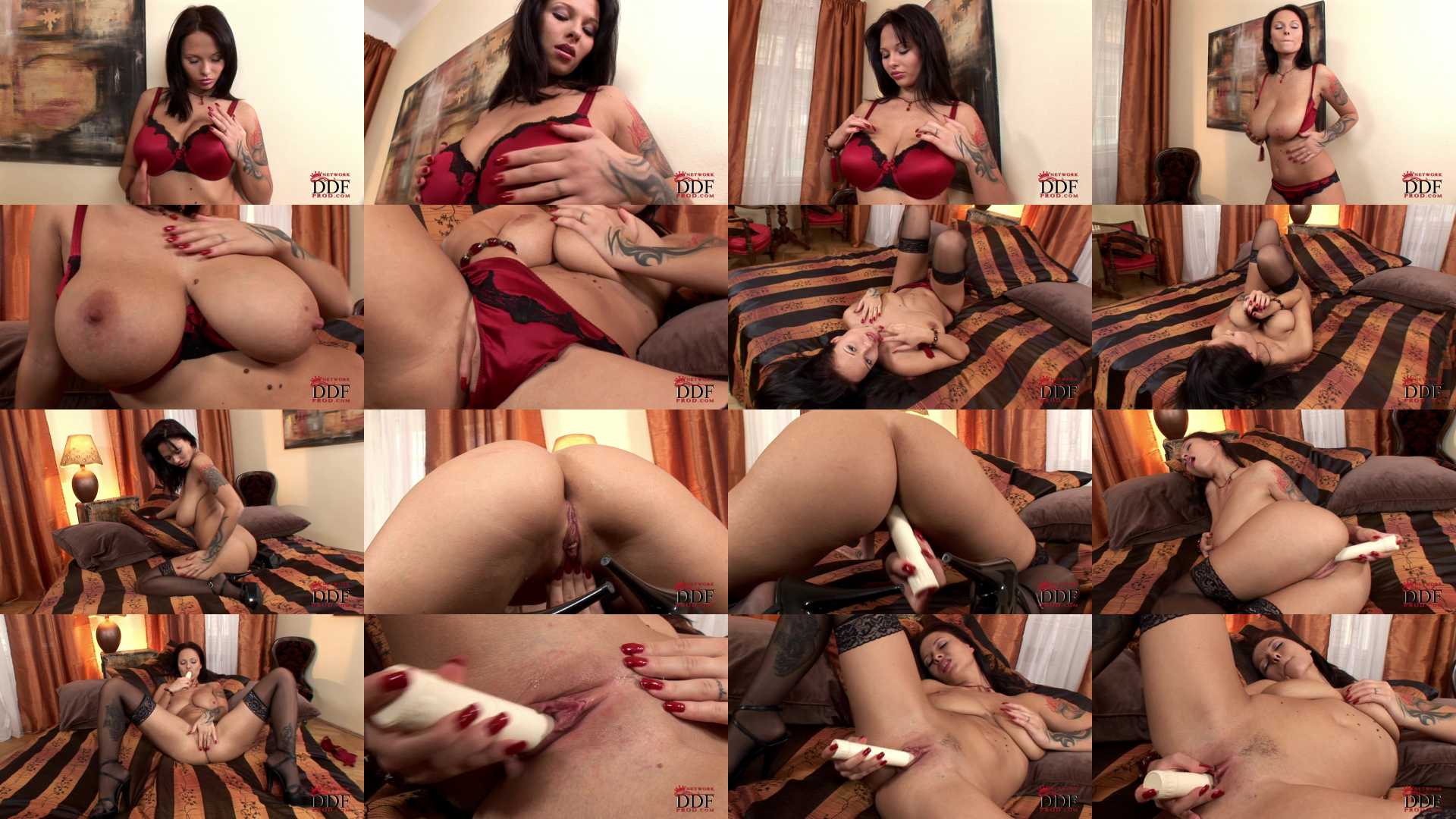